Merino Muster for the first time in Worldloppet

New Zealand’s Merino Muster has a long history, but it started a new phase in its development when it was accepted last June as an associated member in Worldloppet. This year’s race took place on August 16 and was celebrated by a large number of participants and a beautiful weather.

A few days before the race the participants were invited to a nice dinner in Wanaka down in the valley. Bad weather with heavy snow fall occurred one day during the week but everything cleared up for the race day. The start took place as usual near the Snow Farm Lodge at an altitude of 1500m. A loop of 7 km took the skiers back to the Snow Farm where the shortest race finished. The others skied down to the so-called River Run that they followed for a couple of km before returning to the Snow Farm on an undulating course. At the transit point the 21 km race finished. Followed a 10 km loop in the Hanging Valley with many ups and downs, then back to the River Run and the course used in the second loop.

In the 21 km race 52 skiers finished. Amongst them Suomi Matsuyama (JPN) who obtained his first Worldloppet Master at the age of 14, congratulations! (see Minoru’s article on this wbsite). His mother Tomoko Matsuyama finished her first Master, congratulations! The day turned into a big celebration for the Matsuyama family, indeed Minoru finished here his 11th Master. Other IAWLS members were Preetam Singh from India, who obtained the 9th stamp in his first passport, and Hannes Larsson (FRA).

54 skiers finished the 7 km race. This makes a total of 156 finishers. In addition, 11 Norwegians started one hour before all others because they had to rush to the airport; their race can be considered as a Norwegian championship. 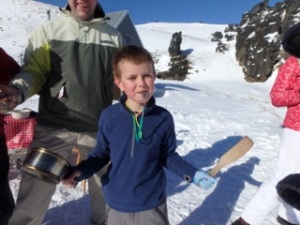 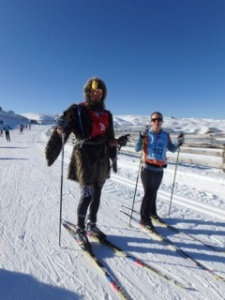 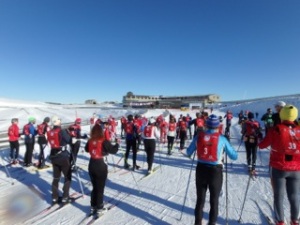 This entry was posted in Race reports 2014. Bookmark the permalink.